About the Rolex Daytona 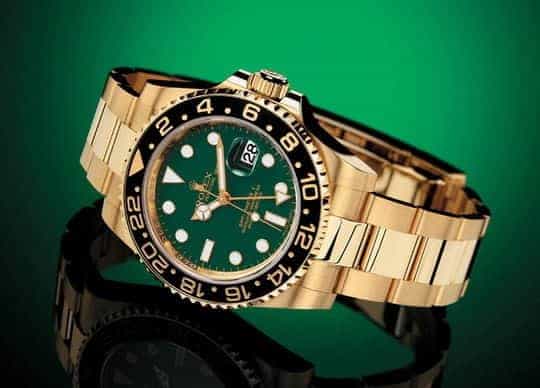 The most sought after watch in the world is the Rolex Daytona. Never has that been more true, especially this year since they’ve released a new model. Early this year, Rolex unveiled the Oyster Perpetual Cosmograph Daytona. The Cosmograph Daytona received an overwhelming demand for order, after it’s unveiling at the Baselworld watch fair. Historically, the Daytona has always been well-loved for its star power. It has an air of exclusivity, along with a sporty yet sophisticated elegance and cool look. Rolex and the city of Daytona have a long history. Starting in 1962, Rolex began sponsoring the 24-hour race now known as the Rolex 24 at Daytona race.

Rolex Daytona, was first launched in 1963 as the Cosmograph Daytona. Inspired by racecar drivers and racing enthusiasts, it launched in the capital of speed – Daytona, Florida. These watches included a tachymetric scale to help drivers to measure their average speeds. Today, they are iconic watches joined with the racing world forever.

There have been three series of the Daytona before this year’s launch.

The original Daytona, manufactured in small quantities, sold from 1963 until the 1980s. This series had a four-digit reference number and it wound manually. This is the Cosmograph model, with reference 6239. It was distinctive because of the tachometer engraved on the bezel in black with silver or silver with black counters. This model earned the Daytona name on its face in 1965, and early advertisements show that it sold for $210.

Rolex Daytona was the favorite of Hollywood superstar Paul Newman. He wore his Daytona daily from the 1970s until he died in 2008. It also became the favorite of other celebrities as well. This helped increase Daytona’s popularity immensely. For this reason, Daytona remained in short supply through the late 1980s.

Shortages prompted a second Daytona series to help meet demand. This version had an automatic winding movement and a five digit reference number. Very accurate, this new series of Daytona watches were reliable and coveted. Rolex produced these Daytona watches in limited quantities from 1988 to 2000.

The third Daytona series launched in 2000. New and different, this model featured a movement made by Rolex in-house, and a six-digit model number. Certified, these watches have self-winding chronometers, and they include chronograph functions.

Daytona watches are large and typically measure 40mm across. Weight for the Rolex Daytona varies based on the material used. For instance, it ranges from 148 grams for the stainless steel model, to 195 grams for the white gold, to 283 grams for a platinum Rolex Daytona.

Rolex Daytona offers a range of metals, some of which we’ve noted above. There are also rose gold, black PVD coated stainless steel and white and yellow gold combinations.

There are a wide range of watch face colors available as well, from oyster blue to light or dark blue, black and yellow gold.

complication. While the watch has seen many different variations over the years, even the newest Daytona’s resemble those of the past. The hour and minute hand, old and new have kept the white engraving on the tip of the hands. The second hand has also kept the signature elongated arrow, going all the way to the brim of the dial. Furthermore, Rolex Daytona is known for it’s three sub-dials displaying normal seconds (continuous), chronograph elapsed minutes (up to 30 minutes) and chronograph elapsed hours (up to 12 hours).